Kevin Taylor in ‘hot waters’ as court orders him to pay GH¢2.95m for defaming Ace Ankomah

According to the judgement delivered on Monday, February 24, Mr Taylor is also to issue an apology to the legal luminary, Mr Ankomah, within 14 days or risk further sanctions.

The suit is in relation to a series of videos released by vociferous Kevin Taylor, alleging the involvement of Ace Ankomah in the alleged scheme by a Dubai based minerals firm Horizon Diamonds and some top guns in government to destroy the CEO of embattled Menzgold, Nana Appiah Mensah also known as NAM1.

Mr Ankomah in his suit claimed the allegation made against him were malicious and has brought his hard-earned reputation into “hatred, ridicule, Obloquy, discredit, contempt, vilification, reproach, great distress and emotional trauma”.

Mr Ankomah sought damages “in the sum of GHc10,000,000 for the defamatory statements published by the defendants on defendants’ Facebook page ‘With All Due Respect – Loud Silence Media’ on 23/07/19 and YouTube on 24/07/19, the subject matter of this suit.” 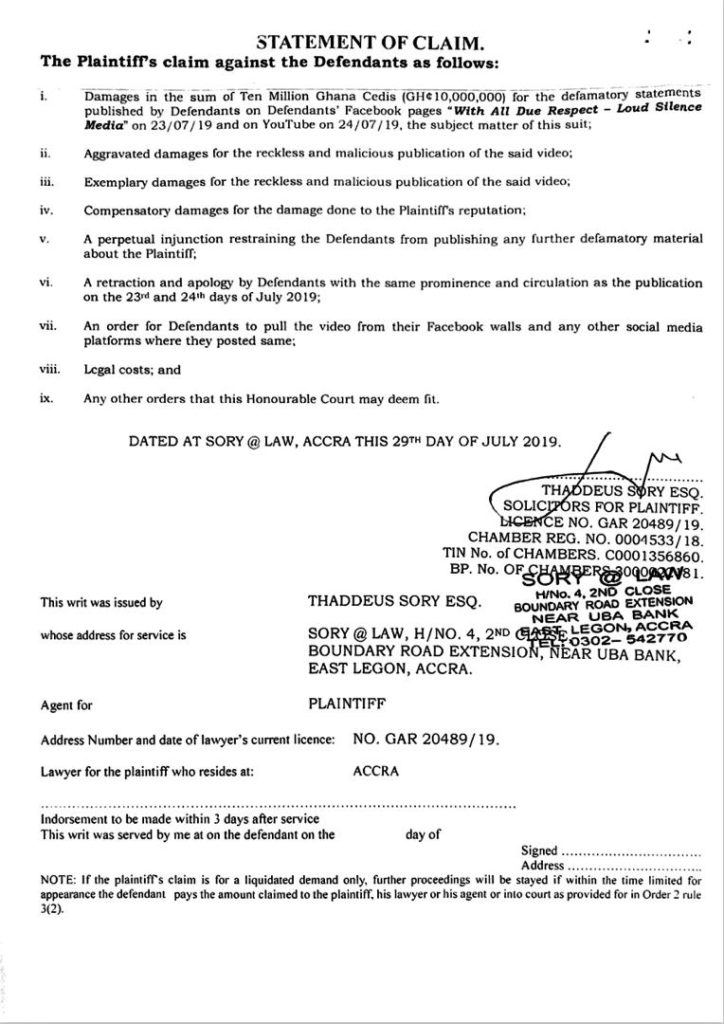 [Opinion] The era of political stronghold must stop now

COVID-19: Government absorbs electricity bills for the poor; 50% for others for 3 months