Career switches are a common phenomenon in many parts of the world. What may not be very common however is switching careers “inter profession”, so to hear a rather successful footballer make a switch from a playing career to something not in any way related to football makes for an interesting story.

Many may remember Quincy Owusu-Abeyie who hanged his boots at the age of 33. While some thought he would perhaps go into coaching or better still live out the rest of his life as an entrepreneur, Abeyie has turned heads and gotten tongues wagging by opting to be a rapper.

“Now that I am releasing my first solo mix tape, I want to show the world: this is me. This is what I am doing now,” he said.

“There was no Ronald de Boer type around in our neighbourhood who said ‘With football you have a future. My role models were the money makers of the block. The street men driving around in horrible cars. “That was then the s*** for me, later I grew older and I made other choices. “I hope to make the people from the neighbourhood proud. First as a footballer and now as an artist,” the ex-footballer posted on social media page, instagram.

Owusu-Abeyie, who came through the youth ranks at the Gunners before leaving in 2006 after just five games, goes by the showbiz name ‘Blow’.

On the cover of the EP titled New Chapter is Abeyie, or Blow if you prefer, seated with an Arsenal shirt hung up with “Quincy 54” on the back.

Owusu-Abeyie was born in Holland to Ghanaian parents. He featured for Holland at the youth level.

In 2007 he requested for a nationality switch and subsequently played for the Senior National team of Ghana, the Black Stars, ABC News can report. 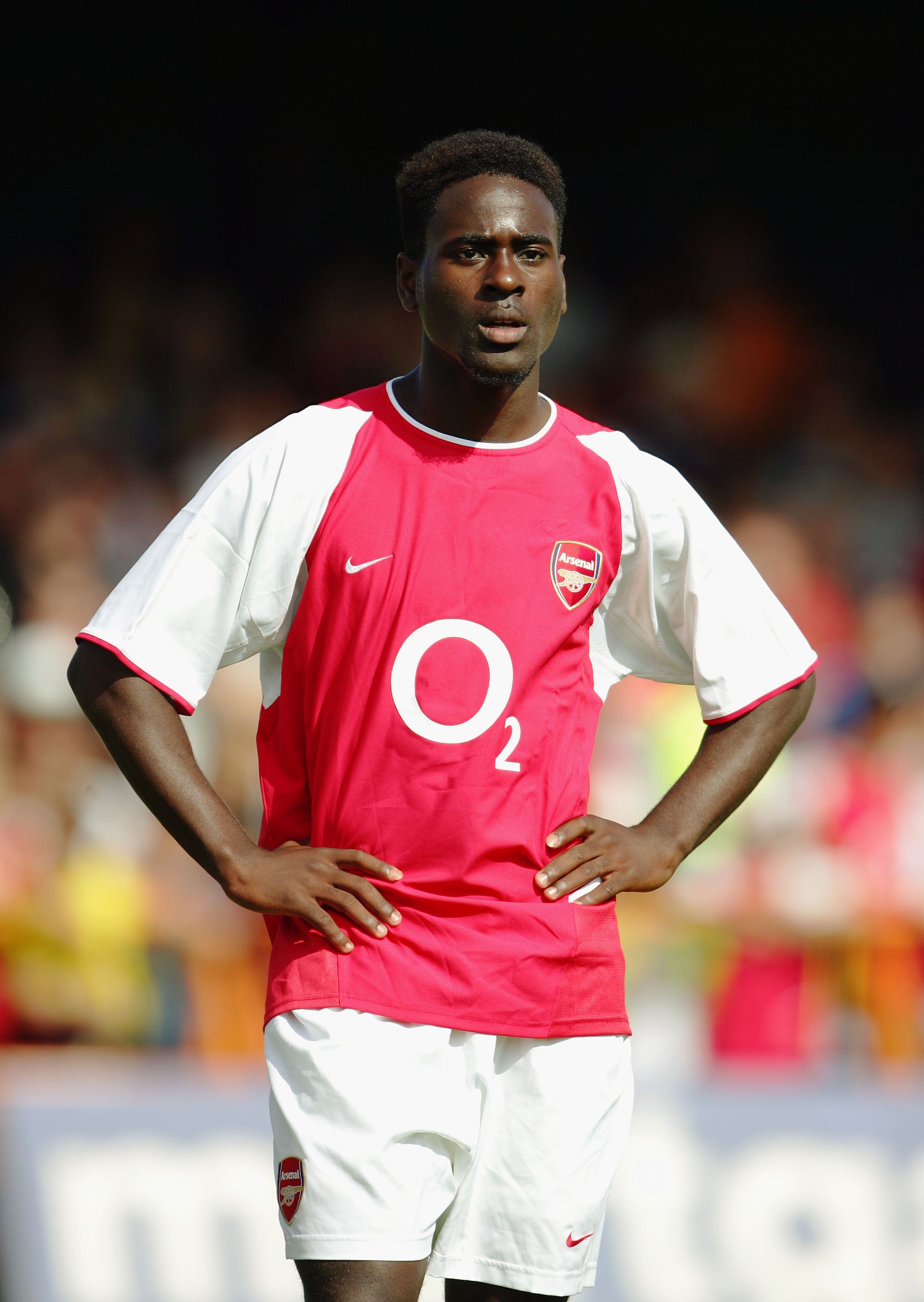 His first tournament in a Black Stars’ shirt was in 2008 when Ghana hosted the African Cup of Nations.

At the end of the campaign, Ghana won bronze. He featured 18 times and has scored two goals.

Matriculation of 59 inmates: Why the Church of Pentecost should be commended