The former president, who is also the founder of the NDC was at the Klottey Korle voting center to vote as a delegate in the primaries. 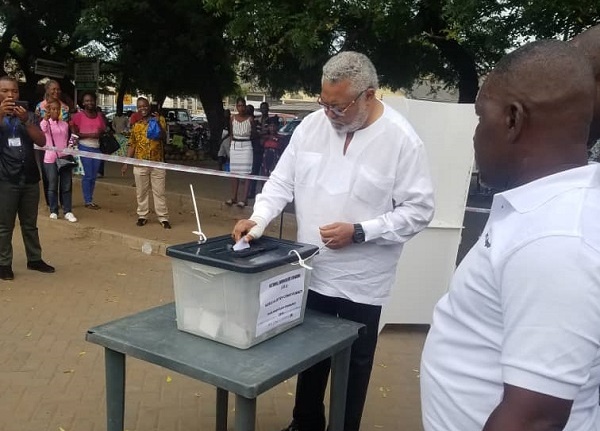 Mr. Rawlings’ daughter, Zanetor Rawlings is the incumbent Member of Parliament for the area and is facing competition from the party’s constituency chairman, Leeford Quarshie and another aspirant, Nii Alema Bashiru.

Jerry Rawlings, who turned up at the voting center around noon on Saturday believes that the electoral process must be fair.

“We should all comport ourselves, and do the most obvious logical thing. That is, not to allow money to influence our choices.

Meanwhile, Zanetor Rawlings is confident of winning the polls. 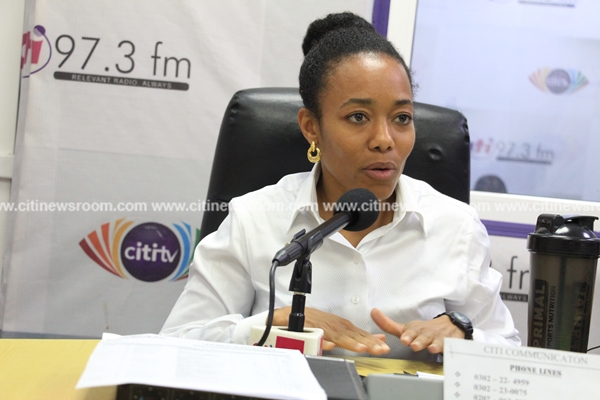 She explained that her decision to contest again is to honour her constituents who have reposed confidence in her and her work over the past years.

I am here for my parliamentary primaries. I think that when people have put their confidence into you, you must keep your commitment that is the sign of your character. I think it will really be unfair and a slap in the face of those who have shown confidence in me to say that I don’t want to do this. I believe that by God’s grace, I will emerge victorious. she told Citi News.

The former President John Dramani Mahama has asked delegates to vote decisively for aspirants who are prepared to recapture power from the governing New Patriotic Party (NPP) in the 2020 general election.

In a Facebook post to extend his good wishes to the aspirants, the National Democratic Congress (NDC) flagbearer said:

“To you our dear Delegates, the power is in your hands. Let’s select the best candidates who are ready and willing to serve you and your communities, work for you and campaign with you to wrestle power from the NPP in 2020.”

” It’s decision day, and I wish all our comrades contesting to represent our great party in the 2020 parliamentary elections the best of luck”, he added.

Video: I spent ¢30k to enhance my butt at Obengfo – Musician reveals

Video: I spent ¢30k to enhance my butt at Obengfo – Musician reveals

Inter-Ministerial Committee to update Ghanaians on latest in galamsey fight

NDC gave up on fight against galamsey, NPP dealing with menace – Oppong Nkrumah